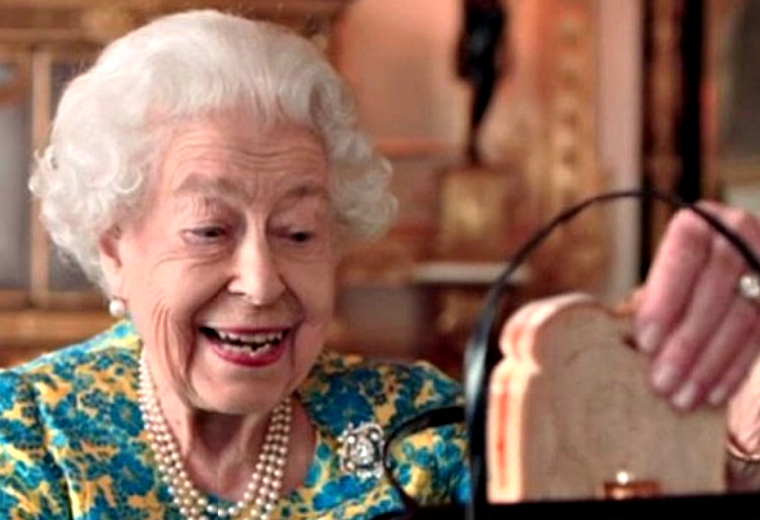 Financial analyst Jasmine Birtles says the celebration of Queen Elizabeth’s Platinum Jubilee is set to attract billions of pounds into a flagging UK economy. Republican groups have previously claimed the festivities will further destroy the economy as businesses close and taxpayers fund major events during the celebration. However, the financial expert thinks otherwise. She says the Platinum Jubilee celebrations will help the economy by getting more people to visit and spend money on food and accommodation.

In a recent chat with GB News, Ms Birtles said: ‘If you spend millions and get billions back I agree and think you get billions, yes it’s probably worth it .” The financial analyst also denied claims by Republican groups that the UK lost £345billion to the Royal Family.

Ms Birtles said: ‘I don’t know how they worked this out. Whether you think it’s worth it culturally is another thing altogether. As far as the company, the brand, she’s doing well for GB Limited, frankly. The financial expert even suggested that the UK would lose a lot of money if the monarchy was removed.

She added: ‘I’ve heard from American friends, and of course they love it and can’t get enough of the Royals, they said without the Royals there wouldn’t be so much reason to come to Grande -Brittany. Britain wouldn’t be on the map so much.

However, Ms Birtles also claimed that Britain is not fighting to cut royal spending, rather people are only asking for an interpretation of how the funds are spent. She said: “I think what I would like to see and what a few people would like to see is more transparency about where that money is going.

I think we would like to know if this particular royal gets X amount and a lot of people wouldn’t like this particular royal, while everyone loves the queen everyone thinks she should have as much as possible. It was previously disclosed in the 2021 budget by Chancellor of the Exchequer Rishi Sunak that £28million would be raised to fund the Queen’s Platinum Jubilee festivities.

Adobe presents its growth strategy at a meeting of financial analysts