All hell broke loose in the financial markets. Another searing US inflation report shattered hopes that the Fed might be able to ease the brakes later this year, sending traders scrambling to recalibrate the path of interest rates and wreaking havoc. in all asset classes.

Market prices adjusted at a breakneck pace. Fed funds futures imply a 95% chance of a 75 basis point rate hike this week and similar momentum for July, amid growing speculation that the central bank will throw its own forecast at the wind and will increase borrowing costs at lightning speed.

The impact was devastating. Stock markets fell off a cliff with the S&P 500 losing nearly 4% yesterday to officially enter a bear market, US bond yields soared to new decade highs, while junk bonds were destroyed alongside cryptocurrencies. Even gold couldn’t escape the market’s wrath, with the yellow metal hammered lower as real yields soared.

The U.S. dollar has been the lone survivor in the FX arena, drawing strength from widening interest rate differentials as the Fed is expected to outperform other central banks and from its status as the world’s reserve currency that allows it to attract defensive capital flows. The greenback remains the “all-purpose” currency par excellence, offering both attractive yields and an aura of security.

On the other hand, all the other major liquid currencies are feeling the brunt. The euro is suffering from soaring energy prices, the yen has been decimated by the Bank of Japan’s refusal to tighten policy, while the pound and commodity-linked currencies are trading at the same pace as unstable stock markets.

It’s quite striking that oil prices haven’t retreated a step this week. despite all the chaos and whispers of a deepening recession. This speaks to the scarcity of barrels of oil, which continues to escalate after Libya announced it had closed almost all of its oil fields and was producing virtually nothing amid a new round of violence in the long struggle for the power of the country.

All in all, it’s hard to be optimistic these days. Between the cost of living crisis squeezing consumers, the housing market hit by soaring mortgage rates, companies warning of worker layoffs to control costs, and the Fed about to draw an even sharper blade to rein in inflation, it is natural for the markets to panic.

But there are some reasons to be optimistic when everyone else is pessimistic. The Fed has historically backtracked at the first sign of trouble while leaders from Germany, France and Italy plan to visit Ukraine this month to try to broker peace.

The Fed wants to control inflation but deliberately triggering a severe recession is not part of the game plan. He is more likely to accept a period of high inflation rather than plunge the US economy into a real crisis. And any concrete signs of de-escalation in Ukraine could lower energy prices, cool inflation expectations and reduce the need for aggressive rate hikes.

Keep an eye on the S&P 500. The chart is a horror show right now, but the bear market may start to falter as it approaches the 3,500 regiona technical stronghold that encompasses the 200-week moving average and the 50% Fibonacci retracement of the rally from pandemic lows to record highs. 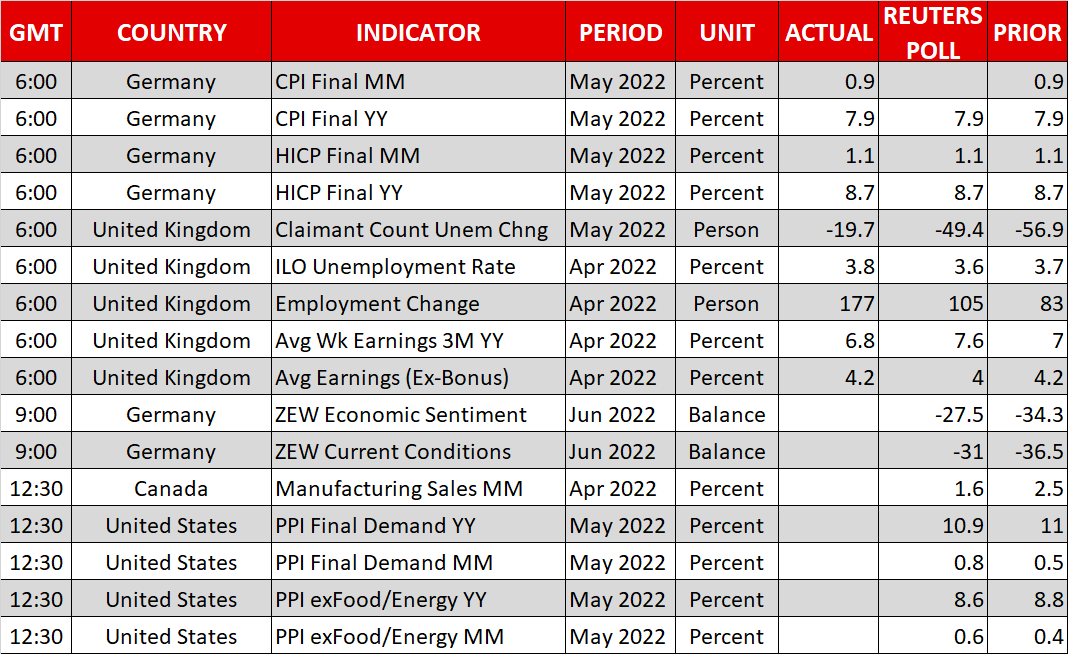